Evernote Today updated their Android App with the ability to translate speech-to-text on the fly while also recording. At the very least it provides an easy way to search audio notes (the original recording remains pinned to the text note). Because it relies on Google’s service an internet connection is required to take advantage of the new functionality. 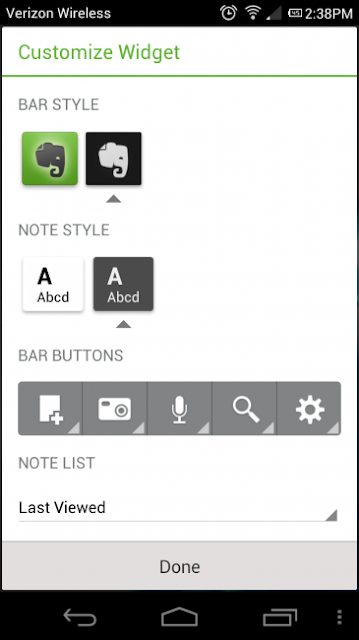 For instance has Evernote added a new gear icon to the widget that lets users customize the following features: