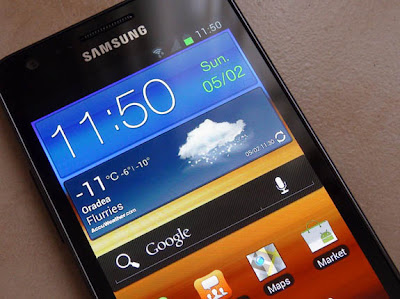 Couple of weeks ago we posted ICS Build For Samsung Galaxy S II. This time its another one. Android 4.0 ROMs Another version I9100XXLPH has been recently leaked. It is still Android 4.0.3 Ice Cream Sandwich and TouchWiz is still in the package. It appears that both speed and battery life have been improved.

The other phone is the Samsung Epic 4G Touch, Sprint’s 4.5 inch variant. Build FB09 has been leaked and is already deodex’d and pre-rooted. Apprach the ROM with caution as ACS head chef ShabbyPenguin has had trouble booting past the kernel screen.

Those that are interested in doing this should realize that there are some dangers, though. If anything happens, the owner is the only person responsible for such results.