GoAndroid
Home News LG Optimus 3D2 now known as 3D MAX
Some Days days ago, we brought you the news about LG’s second generation 3D phones, dubbed the Optimus 3D 2 or the CX2. The fact that the Korean company is concentrating on another 3D phone probably means the phone was a hit, at least in some markets, possibly Korea, itself. 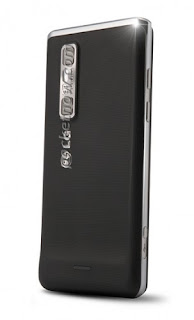 According to GSM-Israel, a very reliable source said it would be called 3D Max.