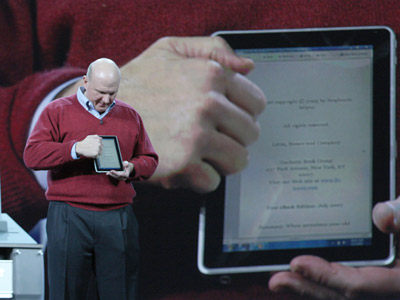 It looks like Microsoft actually let the Windows 8 tablet hardware requirements hit the public last month but I must have missed it, so let’s take a look at the minimum we’ll see from upcoming href=”http://www.microsoft.com/WINDOWS” rel=”homepage” target=”_blank” title=”Windows”>Windows 8 tablets.
First of all, I think we’re going to see a lot of these things. We were just at CES 2012 and the glut of Android tablets was a bit less than last year, as many major device makers were waiting for the Windows 8 software to come out. Sure, it’s not going to be free like Android but Windows 8 has the ability to be instantly appealing to mainstream consumers because it’s Windows – love it or hate it, people know what Windows is. Now that it will be compatible with ARM chips, we can expect a variety of tablets to hit the market.
According to WithinWindows, these Windows 8 tablets will all have to have a 5-point digitizer for input, NFC “touch marks,” five hardware buttons (Power, Rotation lock, Windows Key, Volume up, Volume down), a button combo for the CTRL+ALT+DEL command, 2 second resume (for Intel chips) and no reboot driver upgrades. We can also expect:

Microsoft is taking a similar approach to its Windows Phone by laying out the hardware requirements for tablets but if you’re looking to use Windows 8 on a desktop, you should be fine on any setup that can use Windows 7. These sound like decent tablet specs, what do you think?
[Via Engadget, WithinWindows]