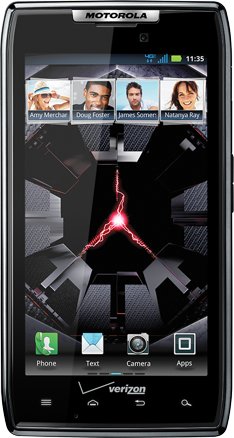 Remember the Motorola DROID RAZR update that was revealed a few days ago by Verizon? The update has finally started rolling out today, according to a post on the official Motorola blog. According to Motorola, the update will bring your phone up to Motorola Version.6.11.748.XT912.Verizon.en.US and includes numerous fixes and enhancements such as: improved phone stability, 4G connectivity, WiFi performance, camera functionality and more.
As usual, be sure to back up your device before attempting an update. You never know what may go wrong. It wouldn’t hurt to wait it out a few days just to see if other people are having problems with the update either. But for those daring few, if you see the update notification on your phone, give it a shot and let us know how it goes for you.