GoAndroid
Home News Shadowgun update hits Android Market with Tegra 3 support
If you are one of the lucky few that was able to snag a pre-order for the hotly anticipated ASUS Transformer Prime and that beastly quad-core NVIDIA Tegra 3 processor then I have some great news for you. One of the best shooter games available for Android called SHADOWGUN has just been updated with Transformer Prime and Tegra 3 support — making it have by far some truly stunning graphics. 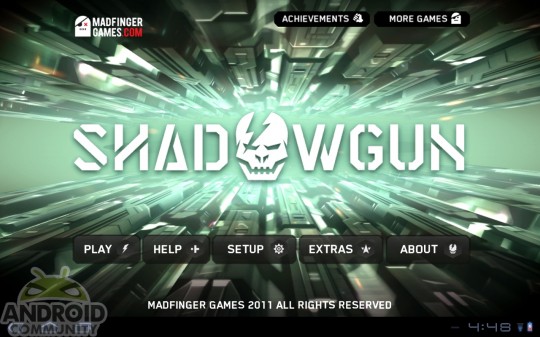 We were lucky enough to get a first-hand look at the pre-production version for Tegra 2 devices and did a few hands-on videos for those looking to see just how impressive the graphics can be on a mobile device. In our timeline below will be plenty about Shadowgun and both of our hands-on video posts.
This is probably one of the best games available for Android in terms of third person shooters and really showcases the ability of the NVIDIA processors and gaming prowess. The Tegra 3 supported version has tons of increased graphics and visuals. With real-time lighting effects, amazing water visuals with reflections and more. I had fun just shooting the water and watch the detailed splashes. This is one of those games that really shows what we can expect with mobile gaming in the future and with 2012 quad-core enabled devices.
Here’s a quick demo from our sister site SlashGear and our very own Chris Burns comparing regular Shadowgun to the Tegra 3 version on the Prime


I know many are still waiting on availability and pre-orders and it looks like ASUS might not have nearly as much stock and supply as they should have. Pre-orders have sold out at Amazon, Best Buy, and almost every other online retailer with some expecting shipments to not go out until late January. If you were able to get one — or found stock in a Best Buy then head to the market link below and try out this Tegra 3 optimized game today.
Market Link — Shadowgun