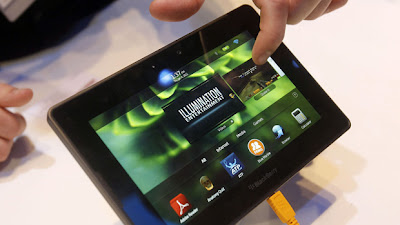 Last month Blackberry announced that its Playboook OS will support Android Apps and now it happened. RIM Playbook got updated to 2.0 with support of running Android Apps. For those that didn’t know, the Playbook required the users to own a BlackBerry smartphone and bridge simple things like emails over to the tablet. It didn’t work or have an email client out of the box for some unbelievably crazy reason. RIM has also added social network integration and the option to use those BlackBerry navigation ball on all those Curve models as a remote for the 7″ slate too. Can Android save the PlayBook? The changes needed to make an app compatible with the slate’s emulator software are apparently minor, but with the PlayBook pretty much dead in the water it remains to be seen what sort of developer support we will see.