GoAndroid
Home News Rumor: Galaxy S III May Be Waterproof
Folks over Todaysiphone.com Got Some News About Galaxy S3 that it may be Waterproof. Don’t get Excited as this is a Rumor. According to Site The source is well-placed in one of the UK’s top independent phone retailers. He states that both the next iPhone and the Samsung Galaxy S III will have Liquipel treatment. The Liquipel coating covers both inside and outside the phones to make it water repellent, making them less susceptible to liquid/moisture damage. 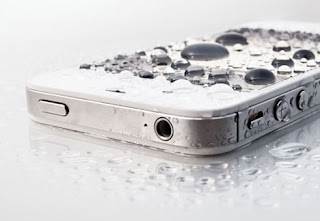 He stated “both will have had liquipel treatment as they’ll be altering the wording on insurance.” When they pressed him for the exact changes on the phone insurance documents, he had no more information. Phone insurance altering its coverage in reaction to an unreleased phone isn’t something They’ve come across before in phone info leaks, but, we could be on to something here.

Liquipel’s coating technology penetrates into the device itself to cover all interior components as well: their demonstration below shows an HTC ThunderBolt running submerged with the battery cover off, as water trickles into contact with the protected mainboard and other components.

How likely is this rumor? Well it’s certainly not impossible.