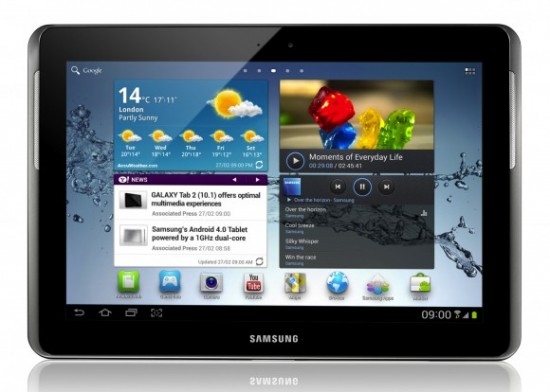 Samsung Galaxy Tab 2 10.1, that was announced in February at Mobile World Congress in Barcelona is getting closer to launch. Major retailer Office Depot put up some pricing information for the 8GB 10.1-inch Galaxy Tab 2. According to the online listing, which has now been taken down, the 8GB Galaxy Tab 2 (10.1) will sell for $399.99. The Galaxy Tab 2 was recently spied slinking through the FCC, but rumors suggest that the release of the tablet has been delayed in order to launch with Ice Cream Sandwich out of the box. It may be an obtrusive addition, but the underlying Android 4.0 OS should be a welcome change from the buggy, choppy performance of Honeycomb powered Android tablets. Its also Delayed in UK.