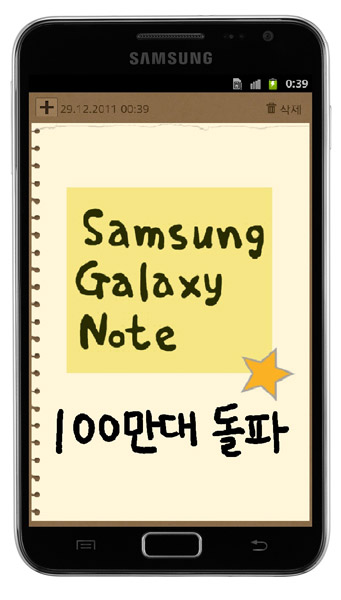 With all the complaints I’ve seen in our comments sections about devices being too large, who knew there would be such a huge market for tabletphones/phoneblets like Samsung’s Galaxy Note.
The Korean phone maker announced today that they have shipped over 1 million units globally of the device since its October launch (not to be confused with actual sales) to countries in Europe and Asia but the device is still nowhere to be found here in the US where we tend to like our phones the same way we like our cars and women — BIG.
Samsung did confirm that a US launch is coming soon but didn’t give any specifics on a carrier or launch date. Although, current rumors and leaked FCC docs place the device on AT&T sometime next year. Anyone looking to make this beast their next purchase?