Samsung is all set to announce a new foldable device in cooperation with China Telecom. As the luxurious Samsung W22, which launched last year, the present rumours and leaks suggest its predecessor is all set for launch soon. Samsung W23 Fold is now listed on TENAA certification with some specifications confirmation. As per the listing, the smartphone carries five cameras, a 4320 mAh rated battery capacity and up to 5G connectivity support. The configuration is quite familiar with the Samsung Galaxy Z Fold 4 as it also carries five cameras consisting of a triple-rear camera module, a 4MP sensor that sits under the display and a 10MP cover camera. Even the battery capacity of the Samsung W23 is matching that of the Galaxy Z Fold 4.

The newly listed phone carries the exact same network bands as that of the Galaxy Z Fold 4 and Galaxy Z Flip 4.

The new TENAA listing even confirms the W23 teaser posted by Ice Universe on Weibo a few days ago. The other device as per the poster could be the Galaxy Z Flip 4. Apart from the device identification, the device seems to feature gold hinges and a camera bump along with the China Mobile logo on the rear side. 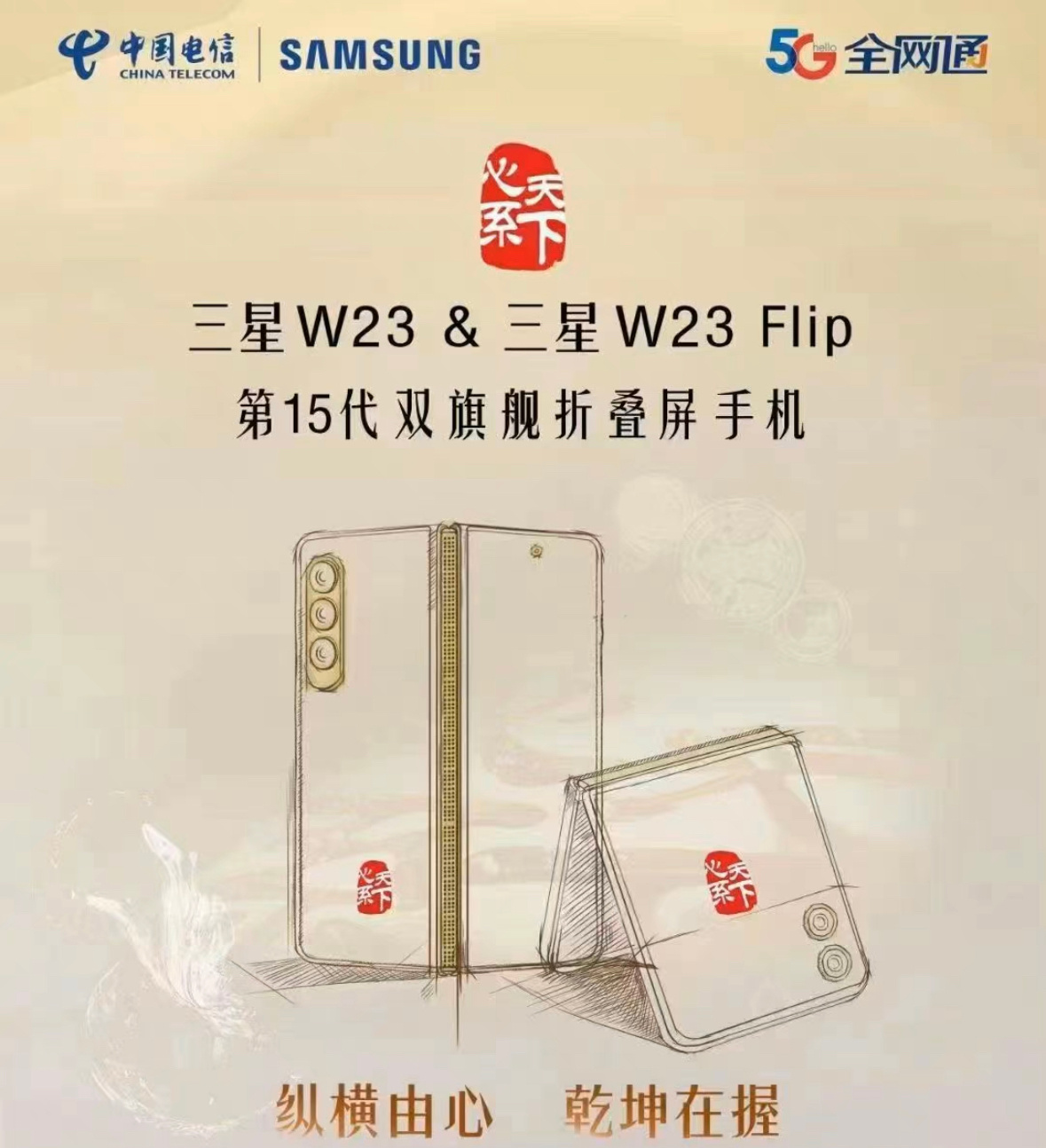 Must See: Samsung Galaxy Z Fold4 and Flip4 will receive updates up to Android 16

It is expected to carry a price tag of 16,999 yuan (~US$2,640) or more for the 16GB RAM and 512GB internal storage variant. The launch seems imminent, as the device has already passed TENAA and even the official poster is out.