There are reports that Xiaomi is all set to launch the new Mi TV Stick (2021) to mark the success of the Mi TV Stick (2020). The latest version of the TV Stick was spotted on the FCC listing (via GChromecastHub). According to the listing, it carries the model number MDZ-27-AA. Apart from the model number, the specifications and the design are also got revealed via the listing. When it comes to design, it has slight changes and also gets whole new hardware. 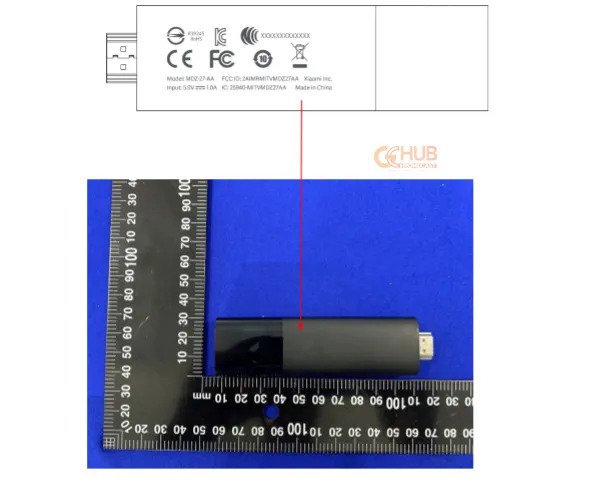 The new Stick pairs an Amlogic S905Y4 SoC, and it couples with a Quad-Core Cortex A35 16500+ DMIPSand an ARM Mali G31 MP2 GPU that is clocked at 850MHz. The new chipset is capable of rendering 4K resolution contents at 60fps on 10bit. The chipset also brings in support for AV1/H.265/VP9 P-2/AVS2 4Kp30, and H.264 codecs. It also supports HDR10/10+, HLG, Dolby Vision, Dolby Atmos and DTS HD. The current generation Mi TV Stick came with support for only Dolby Atmos and DTS HD.

Like every time, the Mi TV Stick will bundle the required accessories when you buy the new Stick. The manual of the new Mi TV Stick tells us that the new package will include the same items such as remote, cable, adapter, and Stick. That said, apart from the new Mi TV Stick (2021) and the regular contents like a 5W power adaptor (5V-1A), an HDMI extender cable, a voice controllable remote for controlling the Stick, you will also be able to find batteries inside the box. That is, you will get two AAA batteries which are used to power the remote. 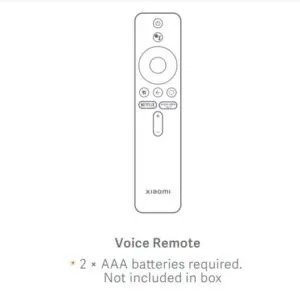 More about the Stick!

The remote of the new TV Stick looks similar to that of the current Mi TV Stick (2020). That said, it doesn’t have any differences in style, but it gets better speeds. That is, it has better downlink and uplink speeds on the WiFi. It can now reach up to 866.7 Mbps downlink speed using a VHT80 channel and 300Mbps uplink via the HT40 channel. The increase in uplink and downlink speeds tells us that it will carry a new WiFi module. The same will help its users to experience buffer-free streaming while watching 4k content. If you remember, about the previous generation Mi TV Stick, the download speed was limited to 433.3 Mbps and uplink limited to 150 Mbps.

The new Stick will use Android TV UI instead of Google TV UI, according to the test reports. Even though there are minor tweaks in the UI. Setting up the Stick for the first time can be done by performing the same steps as before. When the brand launches the product in the market, we expect all the above-said features to be present. There are few reports that suggest the new product will arrive in the market within a few weeks. Since the festive season is already nearing in many countries, we can see the launch happening soon. The new product is expected to compete with the recently launched Realme 4K TV Stick.