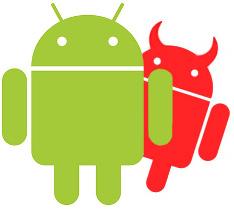 Couple of days back We informed you that Google introduced Bouncer to evade malware. But today according to Forbes a North Carolina State University professor detailed on his blog how he and his team discovered a new malware threat that when installed, can evade virus scans and permission requests, making any wrongdoing virtually undetectable. Dubbed “Rootsmart, ” the app uses a process called “privilege escalation” that after having been installed for a few hours (days even), will begin downloading new code from a remote server hiding the data transfer in the phone’s normal communications.

It’s completely undetectable to current antivirus programs, and still causes just as much havoc. They’ve codnamed it ‘Rootsmart’, and it downloads code from a remote server without any way of knowing it’s running in the background. This downloaded code is then used to compromise your text messages, phone calls, and even data usage.

If Google Bouncer or any other antivirus doesn’t detect a virus, then there’s just no way to tell it’s there to the untrained eye. There is however a way to prevent encountering this malicious software. Don’t go downloading illegal ‘cracked’ versions of applications from mass sharing sites, and make sure what you are downloading is legit through conducting a little background research.