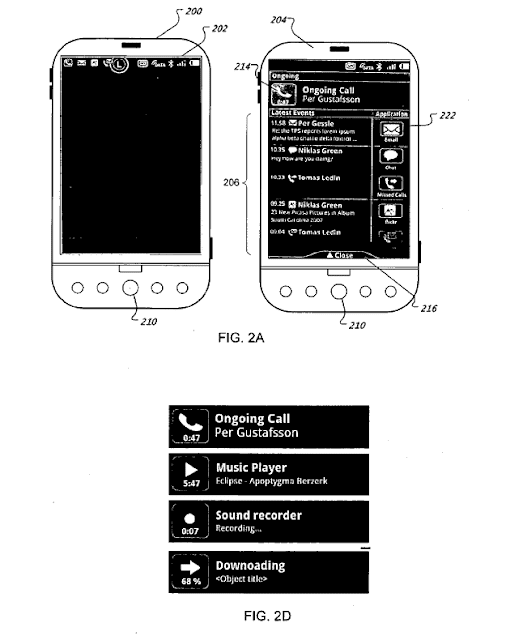 Today We reported that Google’s New Lockscreen Method, Files Patent and now its notification pull down bar.
Yup, it’s true. I can’t tell how you many furious comments I read back when Apple introduced their “all new” and “revolutionary” Notification Center feature in iOS, complete with a handy pull-down bar. Many Android fans screamed from the rooftops, “Why hasn’t Google applied for a patent on the notification bar!? Why don’t they even care!?” Well, they do and they did.

What you’re looking at above you is Google’s application for a patent on their notification bar system, filed back in January of 2009. Yeah, things move slow over at the USTPO. Application number 12/363,325 which is still pending is described as,

“A computer-implemented user notification method includes displaying, in a status area near a perimeter of a graphical interface, a notification of a recent alert event for a mobile device, receiving a user selection in the status area, and in response to the receipt of the user selection, displaying, in a central zone of the graphical interface, detail regarding a plurality of recent messaging events for the mobile device.”

Guess all we can do now is play the waiting game because, ohhhhh man, once/if this patent is granted, Apple is so — for lack of better word — screwed.