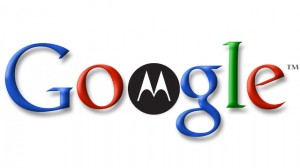 European Union announced on Monday that they had approved Google Motorola Deal.  After Buying Motorola, Google will gain control of around 17,000 smartphone patents, but the Internet giant has pledged to license them under fair, reasonable and non-discriminatory (FRAND) terms. However, in a letter to 15 standards bodies, Google also listed the exceptions for when it would abandon this promise and would continue to pursue injunctions.
The U.S. Department of Justice has also announced that it has closed its investigation of this acquisition.European Commission via Google