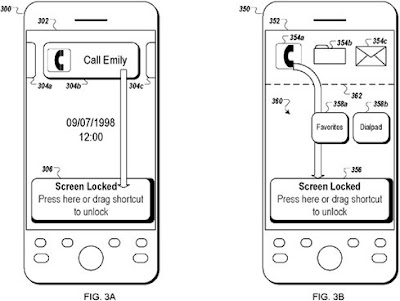 Google has finally decided to do something about Apple and their continuous attacks against Android. The Cupertino-based company has filed a couple of lawsuits against Samsung and Motorola, claiming that both companies are “unlawfully” using its “slide-to-unlock” technology for which they filed a patent at the href=”http://www.uspto.gov/” rel=”homepage” target=”_blank” title=”United States Patent and Trademark Office”>USPTO

With many Android devices being on the verge of infringing Apple’s patent, Google has decided to file a patent for a new locking/unlocking technology, not only for phones or tablets but also for desktops and laptops. Titled “Input to Locked Computing Device,” the application claims a method for a device unlocking process using one or more user inputs while simultaneously executing a command — like calling a specific contact or opening an application. Those user inputs can take the form of passcodes, touch and drag, or audio commands.

We’re not sure when Google is planning to release this new screen unlocking app but we love the direction that this is going guys. Will it come embedded in a new ICS update or with the rumored Jelly Beans, only time will tell!