GoAndroid
Home Google Google Nexus Tablet to have a 7″ display? 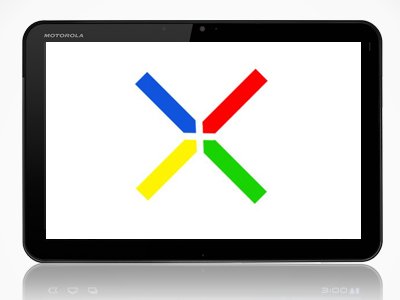 We’ve previously heard rumors about href=”http://google.com/” rel=”homepage” target=”_blank” title=”Google”>Google releasing a high-quality Android tablet, currently nicknamed the “Nexus Tablet”, sometime within the next 6 months. Other than that, no additional details have been revealed but today, the folks over at DigiTimes claim to have some inside information about the upcoming device. According to its sources (which have been more miss than hit of late) the tablet will be a 7″ device running Android Ice Cream Sandwich, and will be priced at $199 to be a direct competitor of the href=”http://www.amazon.com/Kindle-Wireless-Reader-Wifi-Graphite/dp/B002Y27P3M%3FSubscriptionId%3D0G81C5DAZ03ZR9WH9X82%26tag%3Dgoogandr-20%26linkCode%3Dxm2%26camp%3D2025%26creative%3D165953%26creativeASIN%3DB002Y27P3M” rel=”amazon” target=”_blank” title=”Kindle Wireless Reading Device, Wi-Fi, 6" Display, Graphite – Latest Generation”>Kindle Fire. Not a bad idea, considering how well Amazon has been doing with its own 7″ Kindle Fire tablet.
Other than that, the Google Nexus is said to be released by this April – which means we’ll only have to wait a few months to find out if it’s true or not. However, href=”http://www.businessinsider.com/” rel=”homepage” target=”_blank” title=”Business Insider”>Business Insider got in touch with Google’s Taiwan office, which denied anything about a Google-branded tablet. This could mean that there’s no such tablet, though it could also mean that Google is keeping everything under wraps until the tablet is ready to be announced. I guess we’ll just have to wait and see. An official announcement at href=”http://www.cesweb.org/” rel=”homepage” target=”_blank” title=”Consumer Electronics Show”>CES 2012 or MWC 2012, perhaps?