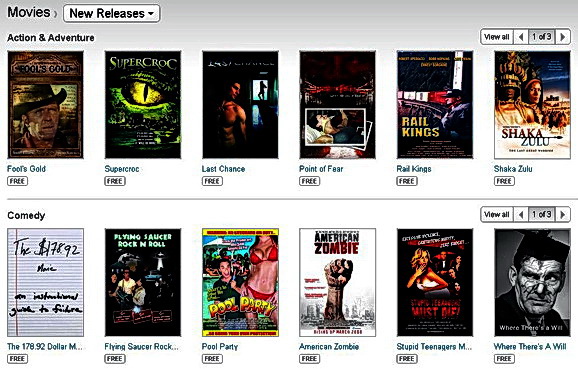 Google is working to make Google Play store full of Movies. Today Google just added another Pie – Paramount Studios has entered into an agreement to bring nearly 500 titles to the YouTube and Google Play movie rentals stores. The charges will be $2 to $4 per viewing. Online movies and pay-per-view options have spurred heated competition between Google, Apple Inc.’s iTunes store, Amazon.com Inc.’s website and the subscription video service from Netflix Inc.

According to Google, this makes five of the six major studios that the company has signed deals with, joining the ranks with movies from Warner Bros., Disney, Columbia Pictures, and Universal Studios. It looks like the only company still sitting this one out is 20th Century Fox, though that’s likely just a matter of time. Now, The deal brings YouTube’s collection to nearly 9,000 titles. For most movies, renters have up to 30 days to begin watching a video but must complete the viewing within 24 hours after starting.