GoAndroid
Home Google Google+ Refreshes its UI, Simpler, Customizable and Community Building
Today Google+ Received a major update and its simply awesome. Mountain View claimed today that 170 million users had “upgraded” to Google+, which the Chocolate Factory has just applied a fairly major UI upgrade to. Google also says that its just early stage, and there is lot more to come. 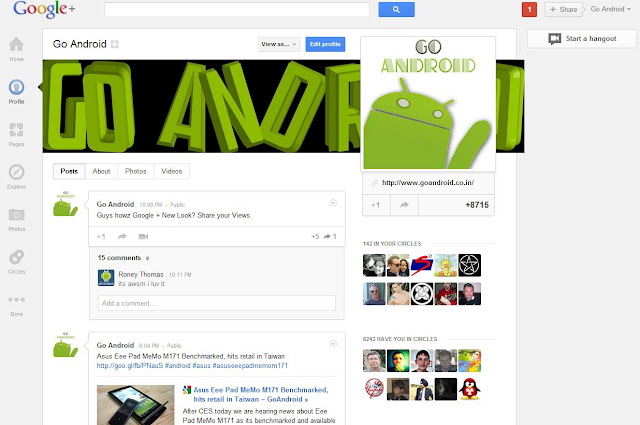 “One of the first things you’ll notice is a new way to get around the stream. Instead of static icons at the top, there’s a dynamic ribbon of applications on the left.” The UI has been greatly streamlined with a customizable ribbon of shortcuts on the left and your buddy list moved to the right. The main interface has been tidied up quite a bit and a new focus has been placed on one of the universally beloved features of the beleaguered social network — Hangouts.

The navigation ribbon is designed to help users key in their preferences over time and was developed with the future of G+ in mind, making it easy for Google and the users of their social network to integrate new features.Each post feels much cleaner, right down to the compact view of the comments for each post. Above your stream are tabs for quick access to posts that are only in specific circles, allowing you to break up your stream and quickly access the information being displayed inside those circles. 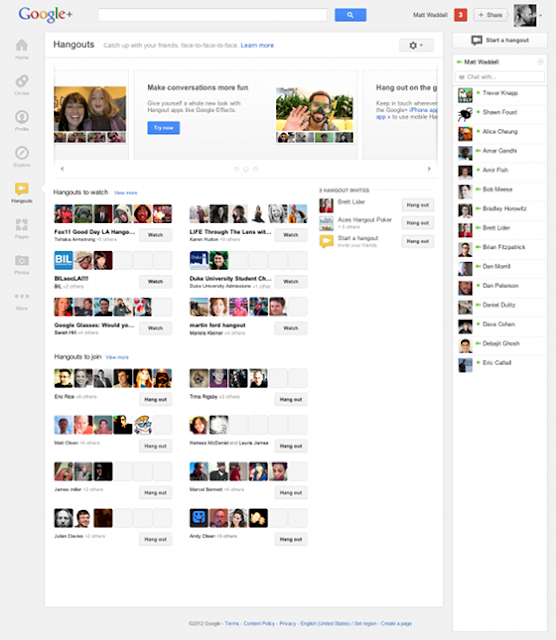 Google has also taken some strides in improving the way content is displayed and interacted with to encourage greater community interaction. Photos and videos are bigger and more beautiful than ever and individual posts have been broken out into “conversation cards” that make it easy to follow and add your voice to ongoing discussions. To see all the fancy new features in action check out the videos after the break.