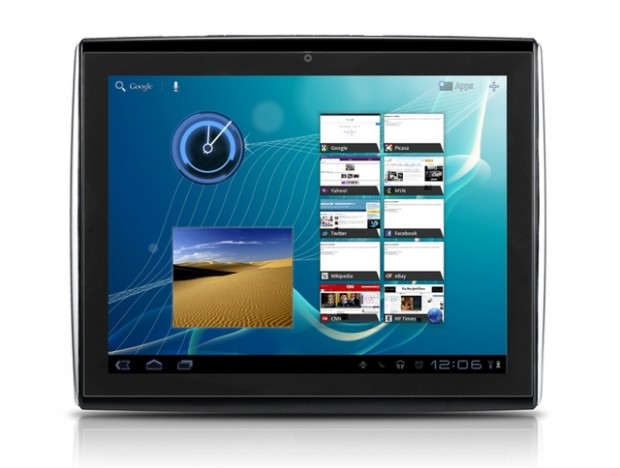 Le Pan, a maker of budget Android tablets, today announced the launch of one of their tablets, the Le Pan II, and introduced two new tablets that will soon be entering the market, the TC978 and Le Pan III.
The Le Pan II, which is currently available to order on Amazon.com is a budget Android tablet that features a dual-core Qualcomm APQ8060 processor clocked at 1.2GHz, 1GB of RAM, 8GB of internal storage, a 2-megapixel front-facing camera, support for 1080P output, href=”http://www.usb.org/developers/onthego/” rel=”homepage” target=”_blank” title=”USB On-The-Go”>USB OTG, Ethernet (through proper adapters), and more. The Le Pan II runs on Android 3.2 Honeycomb and is now currently available on Amazon.com.

Also announced today were the TC978 and LePan III tablets running Android 4.0 Ice Cream Sandwich. The TC978 is dubbed as a performance and value tablet. It will be running ICS and powered by a single-core TI OMAP 4430 processor clocked at 1GHz. It will include 1GB of RAM, 4GB of internal storage, Wi-Fi, 2-megapixel front-facing camera, and more.
The bread and butter of the announcement is the Le Pan 3, which will be showcased at CES 2012. The Le Pan 3 will feature a powerful 1.5GHz dual-core TI OMAP 4460 processor clocked at 1.5GHz, 1GB of RAM, 8GB of internal storage, Wi-Fi, front and rear-facing cameras at 2MP and 5MP, respectively; Android 4.0 Ice Cream Sandwich, 108-0P output/USB OTG/Ethernet through adapters, and much more.
There’s no word on when the TC978 and LePan III will be available, but the LePan II is currently available for you to purchase from Amazon.com.
We’ll be sure to bring you some hands-on videos and pictures of these tablets when we make a stop at LePan’s booth at CES!
Go to  http://www.goandroid.co.in/tag/ces  for our CES 2012 coverage.
Source: LePan, via The Verge