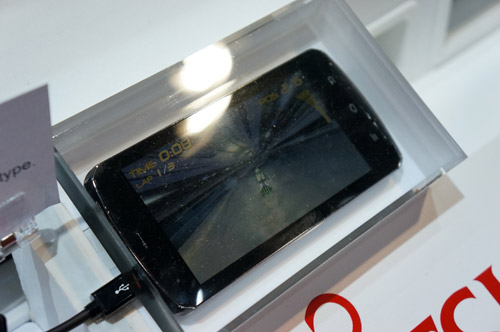 Speaking of those Tegra 3 smartphones, during Nvidia’s earnings call today, CEO Jen Hsun Huang said the company plans to begin shipping these quad-core super phones within weeks of their big unveiling at Mobile World Congress in just a few weeks. Although he didn’t mention any phones by name, we’re expecting the LG X3, HTC One X and possible others to make their debut at this year’s MWC. Huang also mentioned that Nvidia also hopes to ship their new pure cellular chipset — codenamed Gray — this year. Gray will include both 3G and LTE capabilities into a single chipset.

The combination of the lowered early 2012 expectations with Tegra 3 shipping suggests a possible lack of confidence that Android devices running Tegra 3 will be an immediate success. At least some of NVIDIA’s partners will be faster than fellow Android supporters like Samsung in getting new phones out on the market. Whether or not it’s perceived pressure from other Android proponents, href=”http://www.apple.com/” rel=”homepage” target=”_blank” title=”Apple”>Apple, or someone else wouldn’t be clear at this stage.