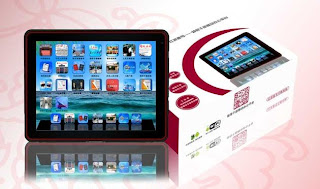 China, the world’s most populous country, will soon be getting their very own Android-powered tablet known as the RedPad. How apt, considering the main color of China’s flag is one that can set off a bull on a fiery run. When you dig deeper into the system specifications, it might make you think twice – as the RedPad itself costs around $1,580 after conversion, although if you happen to buy in bulk, it will retail for just $1,124. Sporting 16GB of storage space, the RedPad would be nearly twice as expensive as that of the href=”http://www.apple.com/ipad/” rel=”homepage” target=”_blank” title=”iPad”>Apple iPad, or you can roughly purchase a couple of mid-range Android tablets with that kind of money. Will patriotism trump common sense when it comes to the tablet’s purchase in China?

At least it will be accompanied by a fancy leather case which has been embossed in gold alongside the product’s name, in addition to a bunch of pre-installed apps which could actually help China’s numerous officials get around their working day easier (while playing href=”http://www.rovio.com/index.php?page=angry-birds” rel=”homepage” target=”_blank” title=”Angry Birds”>Angry Birds to stave away boredom, I guess). Other hardware specifications include a 9.7″ touchscreen display at 1024 x 768 resolution, a Tegra 2 processor, 1GB RAM, and 16GB of internal memory, all running on Android 3.2 Honeycomb.

Xiaomi is rolling out stable MIUI 12.5 update to Mi Max 3 in China