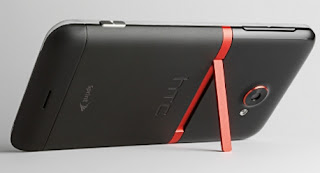 After invitations, now its turn for event and from event news came that HTC, Sprint has announced HTC EVO 4G LTE smartphone, and its Pre Orders will start on May 7th. The device will be the first HD voice-capable phone announced on any U.S. carrier, promising better voice quality with virtually no background noise.

“Sprint has a long history of leading the wireless industry in innovation, and the debut of HTC EVO 4G LTE marks another chapter in that innovation story,” said Sprint CEO Dan Hesse. HTC president Jason Mackenzie added, “With HTC EVO 4G LTE, we’ve created a desirable successor that is sure to excite the millions of current EVO customers and beyond with HTC’s distinct design, amazing camera and authentic sound.”

Sprint will sell the smartphone for just about $200 on-contract.