With the release of the fresh Android 8.0, Google bought a number of new features including the Adaptive icons, New Notification shade, PIP(Picture in Picture mode), etc. In this particular piece of information, we will emphasize on the PIP mode as it is an innovative yet a useful feature. Here’s a list of Android Apps with PiP mode: 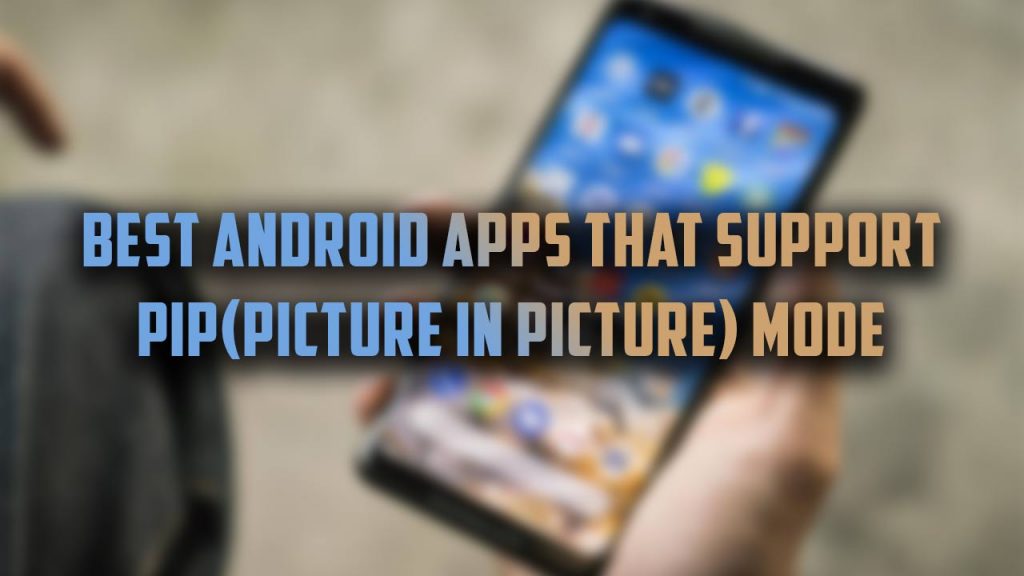 As its name suggests Picture in Picture, one can keep on enjoying an app even when switched to another app. Yes, for now, it is possible on the Android Oreo and Android P devices. Application compatibility also plays an important role in it, every app doesn’t support it. If you are looking for an application which will support PIP mode then you have landed at the right place. In this article, we will be telling you some of the Best Android Apps with PiP mode support. Whatsapp is well-known app when it comes to messaging and chatting. Recently the Beta version of Whatsapp added support for the PIP mode. The final application available on Play Store is not compatible with it but the app in Beta phase supports it. So let us give you an example of its use: Suppose you are chatting with someone through video call then this Beta app will allow you to continue your talks even when switched to other apps. It simply minimizes the chat window and places somewhere on the screen which can be adjusted as per one’s convenience. For enjoying that feature you have to join the Beta group of the app and download the new APK file as well. It is one of the most useful implementation of PiP mode. It’s one of the best app on our list of Android Apps with PiP mode.

Update: It is now available for Whatsapp stable version also. VLC player is among the inventory of few apps that supports Picture in Picture mode. In the past months, VLC has received an update which has bumped up its features and added support for the PIP mode as well. It is a great app for media consumption and coupled with this feature the app makes more sense. For enjoying this specific feature you have to enroll in their Beta list. Once enrolled download the app from Play Store and whenever you will press home button during playback the video will get diminished in a smaller window. Telegram is a renowned application when it comes to messaging. With the latest software update, the app supports PIP(Picture in Picture) mode. This mode comes in handy when someone watches the received video, the stock player of the app triggers the PIP mode by pressing the home button once. The player window will get decreased to a smaller size. YouTube also supports this new PIP mode. Although there are some exceptions as this feature is only available for the YouTube Red and YouTube TV subscribers which is a paid service. For subscribers as well the feature needs to be enabled from settings. Using it they can diminish the size of playback window by pressing the home button. This is another Google app that brings support for the PIP mode in Android Oreo. Using Chrome for watching videos can now be more joyful. With the addition of this new feature, you can simply start the clip in full-screen mode and can later shift it to the smaller window by pressing the home button. By clicking that diminished window one can see the further playback options.

This is our list of some popular and best apps with PiP mode support. If you know some better alternatives to them then do let us know in the comment box below.