GoAndroid
Home News Asus projects as many as 6 million tablet sales in 2012
The Eee Pad Transformer Prime is king of the hill for Android tablets at the moment, despite an embarrassing objection from an entirely different kind of robot. Now Asus CEO Jonney Shih, who revealed the tablet himself at a conference months ago, says the company expects to sell at least three and as many as six million tablets next year. Taiwan Economic News reports the quote, noting that a considerable number of Transformer Prime units are experiencing WiFi difficulties, though Asus has already begun a replacement program for affected customers. 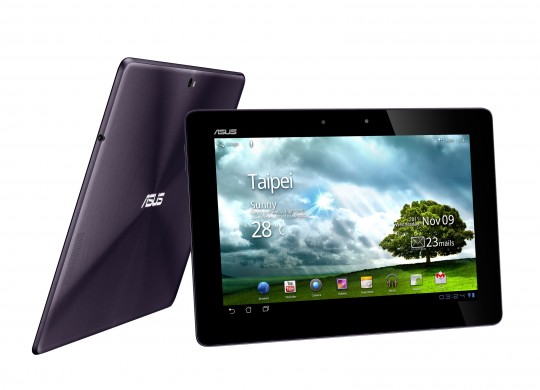 The original Eee Pad Transformer was one of the most popular of the initial Android Honeycomb tablets, due in no small part to its relatively low $399 starting price and attacheable keyboard. Though the Transformer Prime is $100 more expensive (and rightly so, with a quad-core Nvidia Tegra 3 processor and a truly stunning all-metal frame) the company continues to sell the original, setting up two tiers for tablet competition. The first Transformer has sold 1.8 million units worldwide.
Android tablets are still nowhere near as popular as the iPad, but the gap has been closed considerably. Thanks to low-cost tablets like the Nook Color and Nook Tablet, which aren’t just cheap but reliable as well, Android’s market share in the tablet world is beginning to see the same accelerated growth that began its current boom in the smartphone market. Fourth-quarter sales could be as much as 40%. With 7-inch tablets hitting hard from the low end, and quad-core tablets bringing the fight to the iPad on the high end, 2012 looks promising indeed for the platform. And we still have 1080p screens and open source Ice Cream Sandwich tablets to look forward to, not to mention Asus’ very own Padfone, due early next year. [via SlashGear]