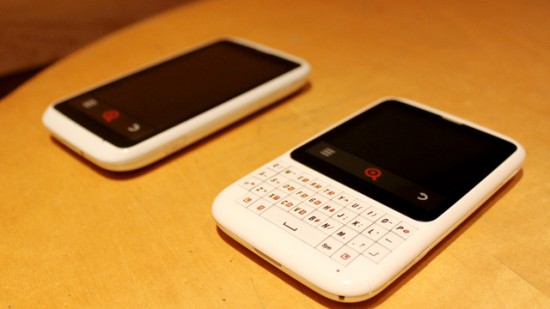 After the apparently poor reception of their first href=”http://facebook.com/” rel=”homepage” target=”_blank” title=”Facebook”>Facebook-laden offering, the Cloud Touch, href=”http://www.inqmobile.com/” rel=”homepage” target=”_blank” title=”INQ Mobile”>INQ Mobile is abandoning plans to release the second promised offering in the lineup. The Cloud Q, which would have featured a full QWERTY keyboard in lieu of the Cloud Touch’s touchscreen-only interface, is being shelved. Instead INQ is focusing efforts on bringing the latest build of Android to their hardware with an Ice Cream Sandwich build that avoids the excessive social network integration initially intended for the Cloud Q. It is unclear if INQ will be repurposing the hardware of that device for the new Android 4.0 handset or if it will be something completely new; there is a slim chance we will see whatever they have to show at this year’s href=”http://www.cesweb.org/” rel=”homepage” target=”_blank” title=”Consumer Electronics Show”>CES.
[via PhoneDog]