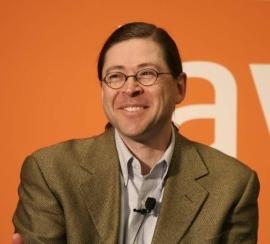 Oracle contends that Google’s Android platform violated some of its patents and copyrights around Java and its APIs, which it acquired from Sun in a $7.4 billion deal at the beginning of 2010. But today, Former Sun CEO Jonathan Schwartz, who resigned from the company once Oracle bought it in 2010, says Sun didn’t have a problem with Google using Java APIs without a formal license.

When questioned by the defense about whether Java APIs were considered proprietary code of Sun, he said “No. These are open APIs, and we wanted to bring in more people…we wanted to build the biggest tent and invite as many people as possible.” His answers corroborated Eric Schmidt’s in that what Google did was and is legal. “My understanding is that what we were doing was permissible because of the sum of my experiences and interactions I had,” Schmidt said. He added that he was “very comfortable that what we were doing was both legally correct and consistent” with the policies of Google and Sun.

Oracle is seeking $1 billion in damages and a court order blocking sales of Android, now running on more than 300 million smartphones, unless Mountain View, California-based Google pays for a license. We’re not sure that it’s enough to put this case away, but it’s definitely one of the biggest, if not the absolute biggest, testimonies so far.