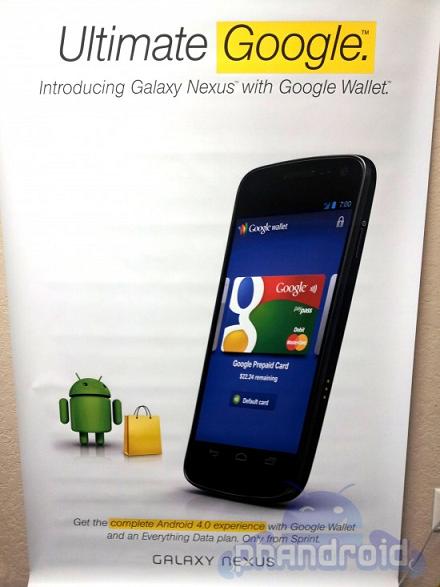 A Sprint owned retail location sent the boys from Phandroid a pic of a poster which will be displayed in store windows beginning this Sunday, April 15th. Clearly labeled for a marketing launch of April 15th, it makes sense that Sprint would put up marketing materials one week prior to the launch of a new device. Interestingly despite rumors of the Galaxy Nexus for Sprint being LTE-capable, there is no mention of its LTE-capabilities mentioned in the poster. While we’re still not quite at anything official just yet, some new evidence has arrived regarding the Galaxy Nexus launch plans.