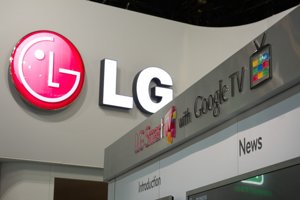 We all know that LG has officially announced its plans to bring Google TV televisions this year, but now, according to rumors reported by Bloomberg, they might be more than just another partner. Apparently LG and Google will be working together to create a “Nexus” Google TV. For those unfamiliar with the usage of “Nexus” – it is used to label flagship devices that provide a pure Google experience: vanilla-Android, with no custom overlays, bloatware, or extra apps or modifications from the manufacturers.

Since Google TV set top boxes or televisions aren’t known for having bloatware in the first place (Android smartphones and tablets are another story) it’s nothing too exciting, but it makes you wonder what Google and LG will be cooking up to make the “Nexus” Google TV, provided the rumors are true. What do you think?