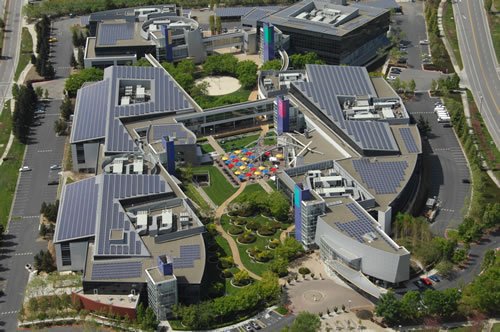 Google is working on to expand its headquarters to build new test labs, ‘Experience Centre’. It will also be used to show off Google’s latest products and will be run like a “museum, exhibit, or mercantile space”. No images of the Google expansion have been released, but we’re pretty sure it’s going to be impressive yet eco-friendly at the same time.

A lab for a division referred to as ” href=”http://google.com/” rel=”homepage” target=”_blank” title=”Google”>Google/@home” is designed to screen out radio frequency signals, allowing the company to test wireless consumer technology, a Google real estate official told Mountain View officials in a letter last year.

The Google/@home “RF screen room will be used to test the Wifi performance and development of a consumer product,” Lewis Darrow said in the letter.

The company is working on a home entertainment device that would “stream music wirelessly throughout the home” and be marketed under Google’s name, The Wall Street Journal reported last week.

Google is reportedly spending $120 million on the expansion.