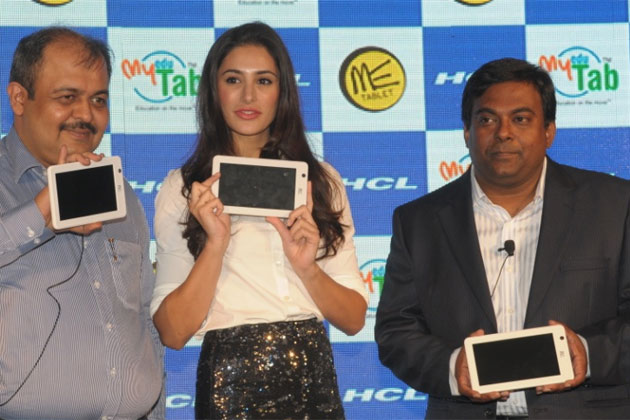 HCL has launched budget tablets in India, HCL ME U1 and HCl MyEdu starting from Rs. 7,999. The HCL ME U1 runs Android OS 4.0.3 (Ice Cream Sandwich), and has a 1GHz processor. It features 7-inch, capacitive touchcreeen with a resolution of 800×480 pixels. It also has a 0.3 megapixel front camera and 512MB RAM DDR3.

The U1 tablet has an internal storage space of 4GB, which can be expandable up to 32GB. It also has a full USB, mini USB Port and a micro SD card slot. The tablet is priced at Rs 7999. Additionally, the K-12 and HE MyEduTabs are being bundled with bonus educational content, including free NCERT books and an extra SD card on the former. The trio is set to hit the shelves later this month in India.

HCL will offer apps through it’s own appstore, it has around 10,000 apps so far, users can also access Google Play Store for downloading apps. Currently, there are a number of budget tablets in India including iBerry’s Auxus, Beetel Magiq, Reliance 3G tab, BSNL Penta tabs and not to forget the Aakash tablet.