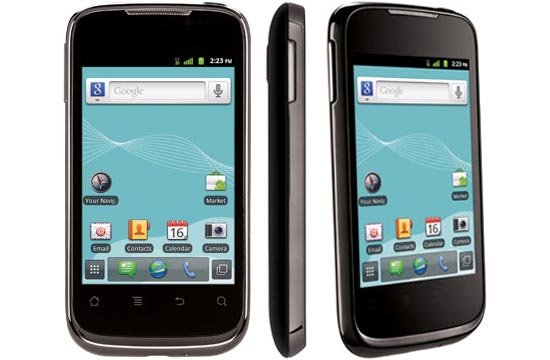 If you’re in the market for a new low-end Android device because you’re new to the platform or you just need a temporary device until your next phone or you’re just broke, Huawei’s latest offering on US Cellular might fit the bill. Called the Huawei Ascend 2, this phone features a 3.5″ 320 x 480 display, a 5-megapixel camera, a 600MHz processor, Android 2.3, a preloaded 2GB microSD card and a 1,400mAh battery.
The phone will cost you nothing (after a $100 rebate) with a 2-year contract so it should be perfect for the reasons mentioned above. It’s no Android superphone, but the Ascend 2 isn’t too shabby-looking and if you’re not doing anything but basic smartphone tasks, it should be more than capable. Head over to US Cellular’s website for more details.