GoAndroid
Home Google Microsoft is a sore winner: pokes fun at Google over LG licensing...
If you bought an Android smartphone or tablet in the last six months, odds are surprisingly good that you paid a considerable chunk of the purchase price to Microsoft. The dinosaur of the software world has successfully sued and/or negotiated with most of the major Android OEMs, including href=”http://www.samsung.com/” rel=”homepage” target=”_blank” title=”Samsung Group”>Samsung, href=”http://www.htc.com/” rel=”homepage” target=”_blank” title=”HTC”>HTC, and lately href=”http://www.lg.com/” rel=”homepage” target=”_blank” title=”LG Corp.”>LG. Microsoft claims that over 70% of the Android hardware sold in the US includes licensing fees paid to the company – a disturbing statistic for an open-source operating system.

Microsoft hasn’t disclosed how much it’s making off of its Android-related patents, though estimates put the amount in hundreds of millions of dollars a year. Tellingly, they’ve stayed away from href=”http://google.com/” rel=”homepage” target=”_blank” title=”Google”>Google

itself and recent acquisition Motorola. Not content with their ill-gotten gains, Microsoft took to Twitter to boast about the agreements. Using the hashtag #anotherandroidlicense, Microsoft’s head of Corporate Communications sent messages like “we are the 70%” and continued the company line that Android is neither open nor free. This seems like something of a self-fulfilling prophecy at this point. 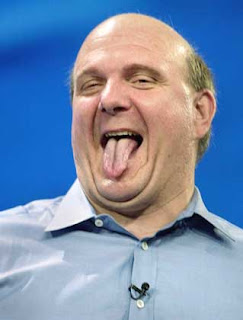