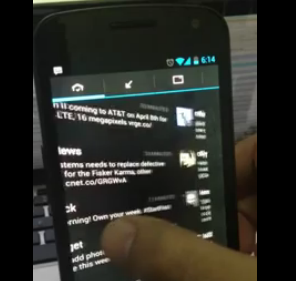 Carbon, a twitter’s WebOs App would be coming to Android. This client did get some screen shot leaks a few months back and if you saw those you may have wondered what happened. Well, it is still in the works. While the app is already available on Windows Phone 7, that version is styled quite differently from the upcoming Android version, shown in the video below.

It’s pretty much a Twitter client, but a lot more beautiful than we could have imagined. The app makes extensive use of Android 4.0′s new animations library. Carbon for WebOS was $2.99 on HP’s WebOS Store, and Carbon for Windows Phone 7 is $1.99 on the Marketplace. You can probably assume it will cost a comparable amount once it’s officially available on Android in release form.