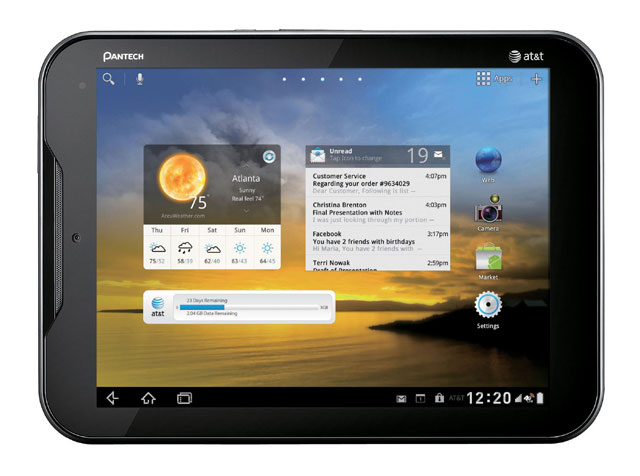 I can predict that there will be a fair share of puns associated with the Pantech Element, especially when you consider this waterproof tablet to be in its, er, element against the competition. After all, having a rugged tablet does make perfect sense since there is already a fair number of waterproof phones, so enter the Pantech Element which will make an appearance over at AT&T this coming January 22nd, where it will burn a $299.99 hole in your pocket if you want one after agreeing to a 2-year contract, that is.

Running on Google’s Android 3.2 Honeycomb operating system while playing nice with AT&T’s 4G LTE network, it will feature an 8” capacitive touch screen display at 4:3 display ratio, is splash- proof and waterproof (IP57 certified), running on a 1.5GHz dual core processor while toting a 5-megapixel rear-facing camera with flash and 4x digital zoom and a 2-megapixel front-facing camera. Apart from that, 16GB of internal memory can be further augmented thanks to a microSD memory card slot, while Bluetooth connectivity lets you hook it up to a hands-free kit if you happen to carry out video calls with this thing. Are there any takers for this puppy?