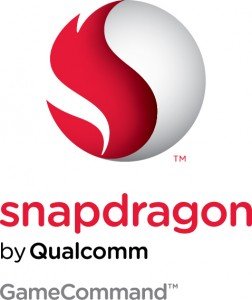 Remember the Tegra Zone competitor that Qualcomm announced in November last year? It’s been awhile since we’ve heard about it, but it looks like Snapdragon GameCommand is about to go live. According to a press release issued today, the Qualcomm Snapdragon processor-optimized href=”http://code.google.com/android/” rel=”homepage” target=”_blank” title=”Android”>Android game store will be opening its doors on January 10th – the opening day of CES 2012.

In case you’re unfamiliar with the Tegra Zone or GameCommand, they are basically app stores that list out games that have been optimized to run on certain devices. The Tegra Zone has games meant for Tegra devices and GameCommand will have games optimized for Snapdragon devices. Users with Android phones that feature Snapdragon processors will be able to visit the stores to download and purchase apps that run better on their devices.
In addition to being an href=”http://www.apple.com/iphone/apps-for-iphone” rel=”homepage” target=”_blank” title=”App Store”>app store, GameCommand will also keep users up to date about the latest gaming news. GameCommand will also host a number of titles that are exclusive to Snapdragon devices for a limited time – similar to what NVIDIA did with the Tegra Zone. It looks like the 10th is going to be a busy day for Snapdragon device owners.
[Press Release]