GoAndroid
Home Google Rumor: Google Drive on its Way to Arrive Soon
According to the Lucidchart Google’s widely rumored cloud storage service might be closer to launch(it might launch this year) than what we estimate. Lucidchart has just managed to leak a Google Drive integration page, which suggests that. 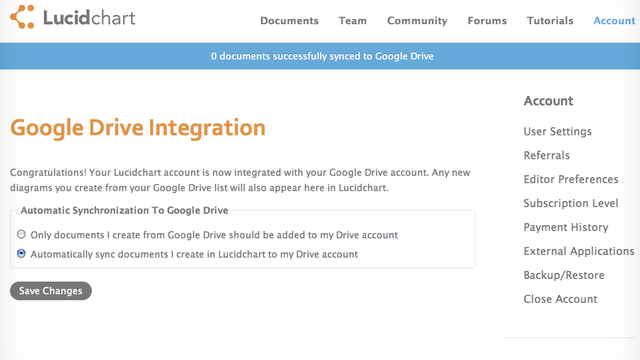 Apparently Lucid Chart, the website that offers free flowchart, software and diagramming tools was offered a medium to share and sync data between its website and Google for just a brief period of time. This throws another intriguing prospect into the mix which is that Google Drive might not just be for personal usage. Rather, this leak suggests that Google wants the service to become a ubiquitous data sharing system. The only thing that remains to be seen is when, exactly, we’ll all be able to use it.