Alongside the Galaxy S8 and Galaxy S8 Plus, Samsung also announced DeX, which is their attempt at making your smartphone double as your laptop. DeX is the companion dock for the Samsung Galaxy S8 and S8 Plus that turns these smartphones into desktop/laptop replacements. 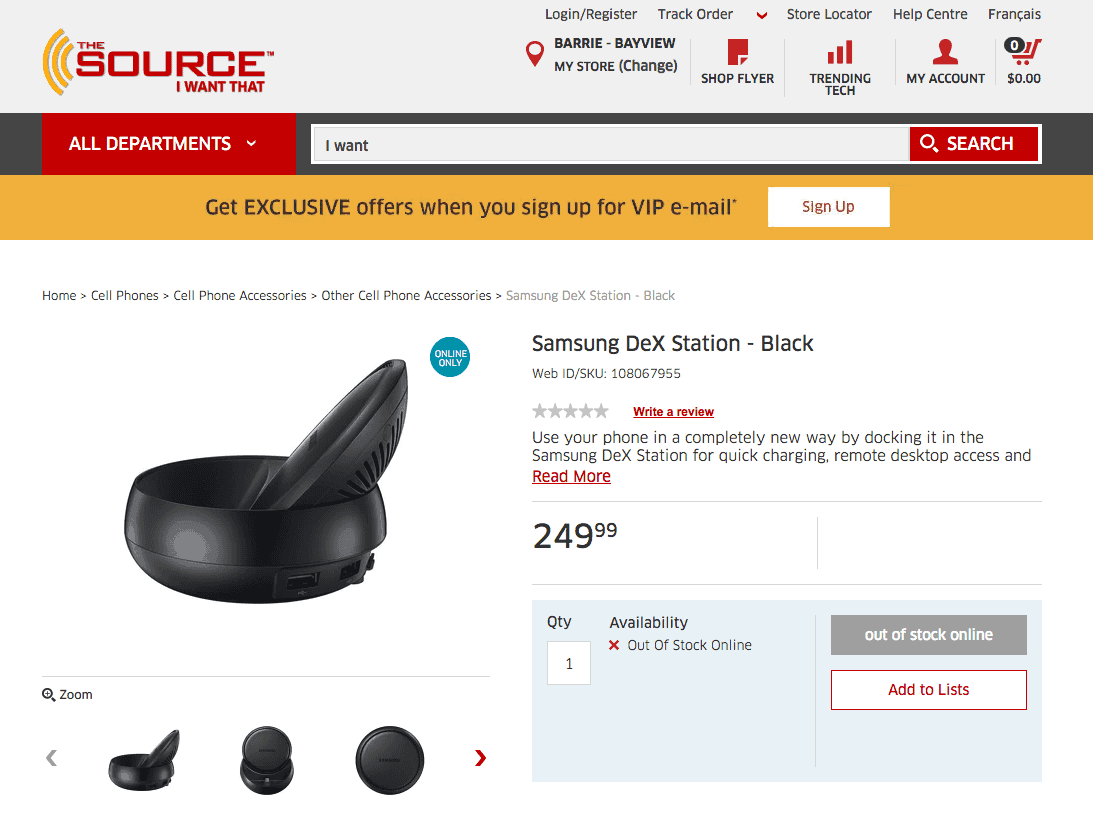 The Samsung DeX shows up through The Source and is available online only (i.e. not in their physical stores). At the moment, it seems to be sold out, though. And while Samsung can’t say yet when the DeX will be making its way here through other resellers, it’s supposedly coming this year as well.

It is available online only (i.e. not in their physical stores) and at the moment, it seems to be sold out, though.

Samsung DeX has received some pretty mixed reviews. This may turn out to just be an experiment for Samsung, and we may not see it evolve with the Galaxy Note 8 or Galaxy S9 later this year or next year, but it’ll be interesting to see how many people pick up the Samsung DeX and actually use it with their Galaxy S8 or Galaxy S8 Plus.