Samsung has released yet another security patch update to its phones this week.Which includes the Security patch and firmware updates for the phones Galaxy J7 max, J3, and J1 along with the Pay Mini support for the Samsung Galaxy J7 2016. 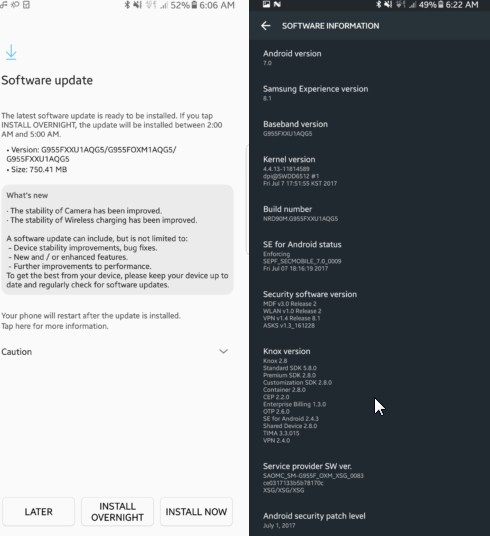 The update is also said to include a fix for the camera. It is currently rolling out to devices in Germany, Turkey, the UK, and the UAE.

Another phone manufacturer to join this update spree is Sony. It has also released a July security patch for its flagship smartphone, the Sony Xperia XZ Premium. The version number of this update is 45.0.A.7.90. The update is being rolled out for both single and dual sim variants of the phone. If you have not yet received the update, you can check for it from the system updates option under about phone in your phone’s settings app. If not you have to wait till your phone manufacturer sends you the OTA update.

Let us know in the comments below if you have received the update yet and how it works for you.