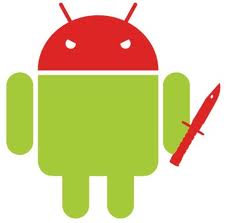 The virus collects data about the user of the phone and sends it to attackers. The malware was found in thirteen apps, of which some are removed from the Android Market. Presumably by Google. Most malware pretending to be a popular game, but there was actually a copy of which was provided with the virus.It is actually a Trojan. It allows attackers are able to transfer data from the phone sponges and the device of taking control or command over mail without the knowledge of the owner. It concerns the following thirteen apps, and who on his phone stand can more immediately delete: Counter Elite Force Counter Strike Ground Force, counterstrike Hit Enemy, Heart Live Wallpaper, Hit Counter Terrorist, stripper touch Girl, Balloon Game, Deal & Be Millionaire, Wild Man, Pretty women lingerie puzzle, Sexy Girls Photo Game Sexy Girls and Sexy Women Puzzle Puzzle.