GoAndroid
Home Android Apple under Charge Because of Twitter App 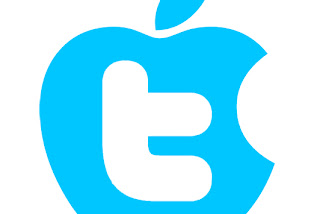 Did You used Find Friends feature found in the official href=”http://code.google.com/android/” rel=”homepage” target=”_blank” title=”Android”>Android and iPhone Twitter apps? If so, you have authorized Twitter to upload the contents of your entire contacts list to its servers — and to keep them there for 18 months.
Now coming to Apple because of official Twitter App is facing an investigation by the US Congress after it emerged that a number of apps downloaded onto the iPhone will take a copy of the owner’s address book – including phone numbers, addresses and other details – without fully alerting the user.

Two members of the US Congress have written to Apple chief executive Tim Cook demanding answers to “claims that the practice of collecting consumers’ address book contacts without their permission is common and accepted among [third-party] app developers.”

The congressmen have given Apple until 29 February to respond.

Twitter, meanwhile, has acknowledged to the LA Times that the “Find friends” feature on its iPhone app downloads the user’s entire address book to its servers, where the details are then kept for 18 months.

The only clue that the app gives to its aims are that it says it will “scan your contacts for people you already know on Twitter”.

Responding to the LA Times, a Twitter spokeswoman said that a forthcoming version of the app would use clearer language: “In place of ‘scan your contacts’, we will use ‘Upload your contacts’,” she told the paper.