GoAndroid
Home News Dell partners with Chinese search engine Baidu for Streak Pro
Dell’s American Android ambitions may have soured after lackluster sales of the Streak 5 and Streak 7 tablets, but it’s more than willing to take advantage of the rapidly expanding Chinese market. Since Google’s ubiquitous presence isn’t nearly as ubiquitous across the Pacific, it’s partnering with search engine Baidu to deliver services to their latest creation, the Streak Pro. The phone will use the Baidu Yi platform, a fork of Gingerbread’s open-source code that remains compatible with Android apps. Dell has effectively ended its Android products in America after it stopped selling the Streak 7 tablet through T-Mobile earlier this month. 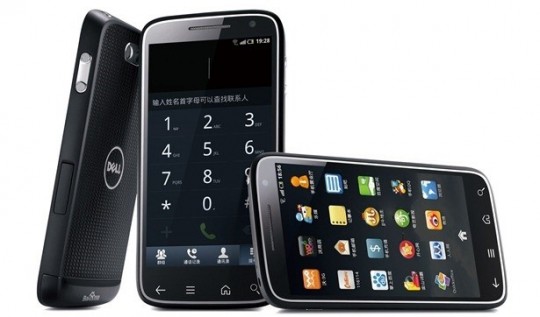 Dell is the first company to produce a Yi phone, though they’ve released more subtly modified Android phones in the territory in the past. And just because it’s releasing to a traditionally low-income market doesn’t mean it won’t be impressive: the Streak Pro is aiming for the growing high end with a 1.5Ghz dual-core processor, 4.3-inch Super AMOLED screen and qHD resolution. That’s enough to match most of the flagship phones in the US and Europe, and considerably more powerful than any ARM-based Dell products produced before.
Baidu apps are already commonplace on many Chinese Android smartphones, and the Yi platform will be an even greater integration with the company’s far-reaching services. It’s unclear how closely Yi will follow Android’s development path – they could simply update the modified Android code incrementally, as Barnes & Noble has done with its Nook tablets, or continue with independence development on their own. The latter seems unlikely, as apps published for Android would become increasingly nonfunctional the further that Yi’s code strays away from Android’s source. [via Engadget]