GoAndroid
Home LG LG Connect 4G Will Be Metro’s Next LTE Phone, Could be Headed...
Our friends at PocketNow have uncovered another unannounced phone. It’s said to be named the LG Connect 4G and is headed to regional carrier MetroPCS’s LTE network. It’s a shame that their network isn’t everywhere because we’re sure more than a few people wouldn’t mind having a powerful 4G phone for a cheap monthly cost. 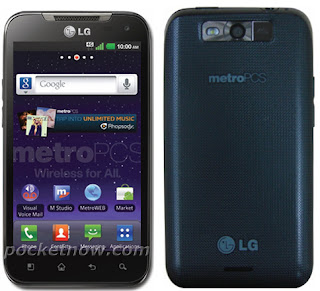 PocketNow describes it as mid-range but we’re not so sure that’s the case. It’ll supposedly be boasting 1GB of RAM, a dual-core processor, a 4 inch WVGA Nova display, 4GB of internal storage, a 5 megapixel rear camera, a front-facing camera and more. they speculate it could be headed for both Sprint and Verizon, though we’re not sure where their estimation comes from.