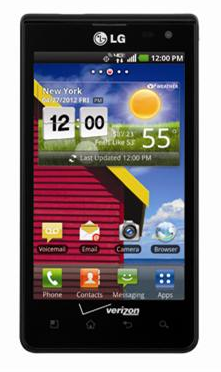 Recent news that LG Lucid is coming on March 29 becomes true as its available from Verizon. The Lucid packs a 1.2GHz dual-core CPU with 1GB of RAM, a 4-inch IPS screen and a 5MP rear camera. On the software side, there’s Android 2.3 Gingerbread with LG’s Optimus UI, and the promise of a future upgrade to Ice Cream Sandwich in the future. The specs would have made for a $200 handset a year ago, but today can be had for a mere $79.99 (after $50 rebate) on a new two-year contract with Big Red.