Friendcaster for Android has been updated to v5.0 with improved interface for Android 4.0 devices. Version 5.0 is sporting a beautiful interface, loads of Facebook features and the only real time Facebook notifications. Download now from Google Play Store. 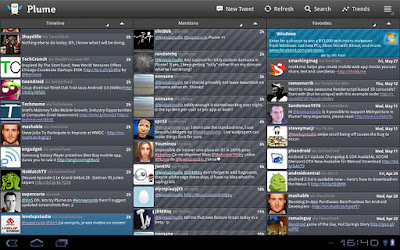 As Facebook received update now its turn for Plume means Twitter. There a few UI enhancements that compliment ICS quite well, bug fixes and a few other feature additions that will make the using Plume over the official Twitter app almost a no brainer. Download Google Play Store.