Recently, the Galaxy A41, M01, Tab A7, Galaxy S20 Series, Galaxy A70s, and many other Samsung smartphones have started experiencing a couple of new updates. The Korean giant has now begun seeding the April 2021 Security Patch update to the Galaxy M51 and Galaxy M01 Core smartphones. 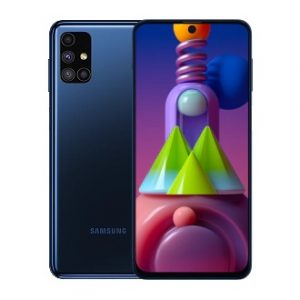 The most recent update for the Galaxy M51 is conveying the firmware version M515FXXX2CUD1, and it weighs almost 168.50MB in size. For instance, the update is rolling out to Indian users only. However, we can expect the update to be released in more regions shortly. The April 2021 Security Patch update for the Galaxy M01 Core bears the build number M013FXDX3AUD2, and it weighs around 67.19MB. Currently, the update is limitedly rolling in the Indian markets only, and the wider release of this update is unknown. The changelog is very similar for both the updates, which expresses that separated from the latest April 2021 Security Patch, there’s no more available in the update. On the off chance, it may accompany with user-reported bug fixes, improvements, etc. Moreover, as per Samsung’s security bulletin, the security update brings fixes for the 21 vulnerabilities.

Note: Samsung is turning the updates in clumps, and you may have to trust for a few days to experience the update.

The Galaxy M51 and Galaxy M01 Core smartphone users from India will receive a pop-up notification when the update arrives on the respective device. As always, users can head over to Settings>Software updates and check for the updates manually.