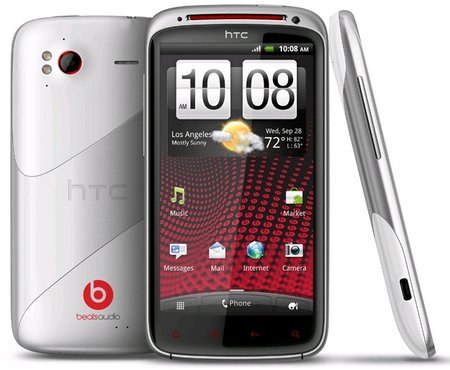 HTC Sensation XE, which will see a new white variant arriving in the UK on February 20th. Along with the inclusion of href=”http://www.beatsbydre.com/” rel=”homepage” target=”_blank” title=”Beats by Dr. Dre”>Beats by Dre audio technology, the Sensation XE sees a bump up in specs from the standard model with a 1.5GHz dual-core processor powering the phone’s href=”http://code.google.com/android/” rel=”homepage” target=”_blank” title=”Android”>Android 2.3 operating system. A 4.3-inch qHD display, 8MP camera with VGA front-facing camera, 768MB of RAM, and 4GB of internal storage round out the phone’s hardware

The first of the SIM-free retailers to hurriedly forward us this news was Clove, which has a pre-order page up for the whiter XE along with a price tag of £408 attached to it for an unlocked model.