GoAndroid
Home Android List of upcoming Android Smartphones launching in April 2021
The smartphone companies are keeping up with the never-ending technology. Now that March has settled, the brands are geared to put forward new gadgets in April. April launches are not high-end like March, in fact, most of the upcoming smartphones are low-budgeted. Major OEMs like Samsung, Nokia, Vivo, iQOO, and Realme are preparing to present with affordable handsets. Let’s have a look at them. Must see: Android 12 Developer Preview 2 features and other changes

The Korean giant is planning to launch the Galaxy M42 5G later this month. The phone is rumored to carry identical specifications as Galaxy A42 5G so it might run a Qualcomm Snapdragon 750G chipset. Also, it is expected to feature a 64MP rear camera paired with 128GB of internal storage. Galaxy M42 5G will pack a powerful 6,000 mAh battery. Galaxy F12 will be an entry-level smartphone tagged as “#FullOnFab” with a 90 Hz display. The phone will feature a 6.5-inch HD+ LCD screen fueled by an Exynos 850 chipset paired with up to 3GB RAM and 128GB of internal storage. Regarding the camera, the phone will carry a 13MP primary camera, 5MP ultrawide, 2MP macro, and a 2MP depth sensor at back. While the front will house a single 8MP shooter for selfies. As Galaxy M42 5G, this will also pack a 6,000 mAh battery. Samsung Galaxy F20s will power Android 10 and Snapdragon 450 SoC chipset. The panel will carry a 6.5-inch HD+ infinity-V display paired with 3GB of RAM. It could debut with a triple rear camera setup indulging a 13MP primary, 2MP macro, and a 2MP depth sensor while the front is likely to house a single 5MP shooter. It is likely to provide backup with a 5,000mAh battery that supports 15W fast charging. 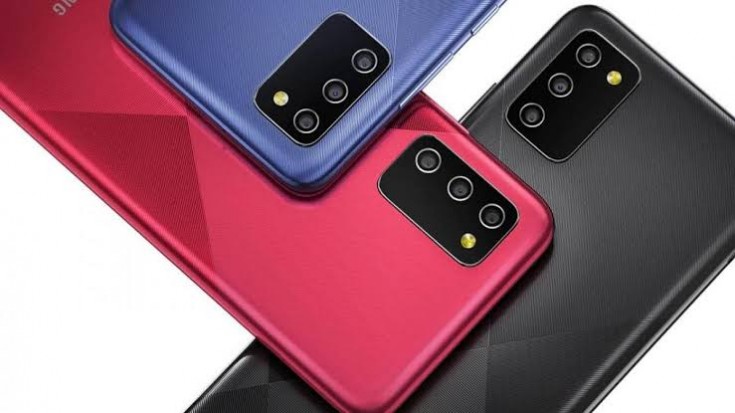 Initially, Nokia G10 was rumored to be a gaming smartphone but the confusion is now cleared as it is an entry-level phone. Qualcomm Snapdragon 460 will power the device paired with up to 4GB RAM and 64GB of default storage. There is a rear quad camera setup consisting of a 48MP main, 8MP ultrawide, 2MP micro, and a 2MP sensor to measure the depth. It will pack a 4,000mAh battery that supports 10W fast charging. Similar to Nokia G10, Nokia X10 and Nokia X20 are also likely to debut as entry-level smartphones in the market. Both of them are budget 5G handsets running on Qualcomm Snapdragon 480 coupled with up to 4GB of RAM and 64GB of internal storage.

Continue reading: Nokia Lite Earbuds arrives on FCC ahead of launch, could come with Nokia x20

Vivo V21 lineup would be an upper-mid-range smartphone namely, Vivo V21, Vivo V21 SE, and Vivo V21 Pro. The Pro version is likely to flaunt a 6.44-inch FHD+ AMOLED panel with HDR10+ support. It may run a Qualcomm Snapdragon 765G chipset paired with 128GB storage and 8GB of RAM. A 4,000 mAh battery could back up the device with the support of 33W fast charging. Vivo V21 and Vivo V21 SE can serve as the lower version of the Pro variant. The iQOO 7 is already launched in China earlier this year. The phone features a 6.62-inch FHD+ AMOLED display paired with up to 12GB of RAM and 256GB of storage. Qualcomm’s Snapdragon 888 chipset fuels the device with the support of a 4,000mAh battery that further is backed by 120W of super-fast charging. It consists of a 48MP primary sensor, a 13MP telephoto lens, and a 13MP ultrawide camera at the back. While the front houses a 16MP shooter for selfies and video calls. Similar to iQOO 7, the iQOO Neo 5 is also already a part of the Chinese market. It features a 6.62-inch FHD+ display coupled with up to 12GB of LPDDR4x RAM and 256GB of storage. The smartphone powers a Qualcomm Snapdragon 870 chipset with a 4,000mAh battery that supports 60W of fast charging. It flaunts a triple camera module indulging a 48MP primary, 13MP ultra-wide, and a 2MP macro lens while the front carries a single 16MP shooter. Make sure to check: Android 12 update: List of eligible devices and release date

Realme 8 5G is expected to power a 5G ready Qualcomm, MediaTek chipset, or a Dimensity chipset. The phone will borrow features from its 4G model like a 6.4-inch AMOLED display. It will house a 16MP front camera for selfies while the rear side will carry a quad-camera setup including a 64MP main camera, 8MP ultrawide, 2MP macro, and a 2MP sensor to measure depth. It will pack a 5,000 mAh battery with the support of 30W fast charging.

Realme already announced its C series of smartphones globally namely, Realme C20, Realme C21, and Realme C25. It is expected to launch in India by this month.

Realme C20 will feature a 6.5-inch HD+ IPS LCD display paired with up to 2GB RAM and 32GB of internal storage. The device is powered by the MediaTek Helio G35 SoC while a 4,000mAh battery with 10W fast charging support backs up the Realme C20. Its camera setup is simple as the device employs a single 8MP sensor at the back and a 5MP at the front. The Realme C21 comprises similar attributes as C20 with a 6.5-inch HD+ screen, MediaTek Helio G35 SoC, 3GB of RAM, and 32GB of storage. However, the camera quality differs as it offers 13MP primary sensor, 2MP Macro lens, and 2MP B&W sensor at the back. Also, it packs a 5,000mAh battery with 10W of charging support. Realme C25 comes with an actual upgraded version of C20 and C21. It is fueled by a MediaTek Helio G70 chipset coupled with 4GB RAM and 128GB of internal storage. The camera offers a 48MP primary, 2MP macro, and a 2MP B&W lens. For selfies, it houses an 8MP shooter. It is packed with a 6,000mAh battery that supports 18W fast charging.