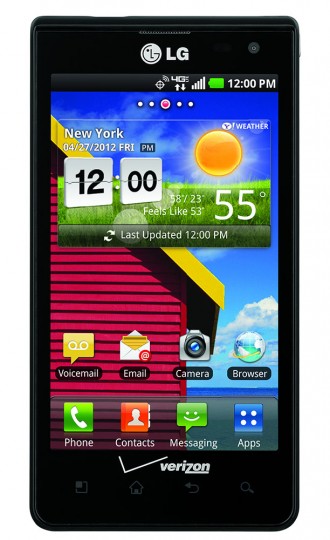 Rumors going to be true, Verizon going to launch LG Lucid on Thursday, march 29th for $80 with a new two-year agreement. Disappointingly but not surprisingly, the phone will launch with Android 2.3 Gingerbread. In addition to its low price tag, the Lucid includes a number of other features geared toward first-time smartphone users, according to Verizon.

Spec wise, users can expect to see a 5-mega pixel camera, and the almost 17 month old Android 2.3 Gingerbread, all powered by a 1.2GHz dual-core processor (type of processor is unknown). Big Red in its press release also notes that the Lucid can be upgraded to Android 4.0 Ice Cream Sandwich, but of course, no details were made available when the update will roll out. My money says next year.