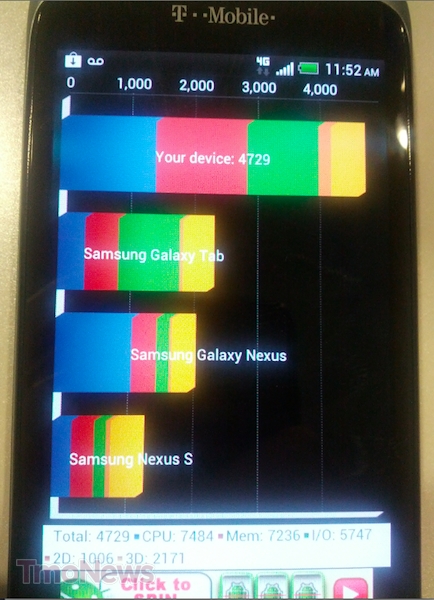 T-Mobile’s HTC One S has been spotted as the handset remains rumored for a late April launch. If you’re the type to put stock in Quadrant benchmark scores, we also see quite the impressive result from the One S’ Snapdragon S4 processor. HTC One S Will be first available blue-tinted variant and a second variant launching sometime in June in black with red accents. The One S looks to be exclusive to T-Mobile for a full six months. It will come with Beats Headphone.